Somebody Still Loves You, Tom Cruise

Last week, I was mildly surprised to hear that Tom Cruise and Katie Holmes are getting divorced. Why, only a few days before I had read an interview in People magazine in which Cruise kept banging on about “Kate” and his daughter Suri, and how he was looking forward to a happy 50th birthday celebration with his family. And then this Tuesday Tom turned 50, alone… How could it all have gone so wrong so quickly?

I’ve had a soft spot for Cruise since 2002, a year I spent exclusively watching movies made by one of the Toms, either Cruise or Hanks. I was forced into this because I was living in Russia, where English language movies were in short supply. A recent encounter with a preposterous French movie entitled Trouble Every Day had led me to the epiphany that while bad art house films were just that, even the worst Hollywood movies at least had high production values. It was time for a Tom.

And so periodically I’d walk from my apartment just off the Arbat to the underpass at Smolenskaya metro station and inspect the VHS (and later, DVD) selection on offer. Working on the assumption that Hanks made better movies than Cruise, I began with his oeuvre. But the first Hanks movie I saw, Castaway, was awful, especially when the blobby man with the beard started talking to a ball, and then cried when the ball went away. Hanks was unpersuasive as a hit man in Road to Perdition, and merely OK in Catch Me if You Can. I couldn’t bring myself to watch The Terminal, in which he plays a bumpkin Eastern European moron trapped in an airport.

Having discovered that Tom Hanks was rancid (although he does a tolerable turn as a child’s plaything in the Toy Story films, I’ll grant you), I turned my attention to Tom Cruise. I think I watched Vanilla Sky first, in which he plays a man with a rubber scar on his face who feels sad. Lots of people hated this movie, but I thought it was tolerable, even though it was shameless rip off of Philip K. Dick’s novel Ubik.

Next I watched Jerry Maguire, A Few Good Men, Mission Impossible II, The Last Samurai- you know, the classics. They all had a beginning, a middle, and an end, and a more or less coherent plot, so that was nice. I could see that Cruise always tried hard, that he never just knocked off a film for the cash. I especially liked it when Tom Cruise broke into a sprint, which was often, and in Minority Report I was really impressed by the scene where he runs really fast in a straight line because he has to get somewhere in a hurry and doesn’t have a car. I don’t remember where he was going, but I do remember him running. He was running fast.

And as the films rolled by I even saw a few Tom Cruise performances that were actually very good. For instance, his turn as a hit man in Collateral is excellent, even if the plot is incoherent, and he makes for an exceptional sex guru in Magnolia. Perhaps his best role ever however is as the profane film producer Lev Grossman in Tropic Thunder, where he is much funnier than he is in Rain Man.

In short, Tom Cruise is OK by me. He loves his work, he tries hard and he’s nice to his fans. Also, he’s smaller than I am which is nice. So why do people think he’s a weirdo?

Well, there’s all that Scientology stuff I suppose- Xenu and the Thetans and all that. Indeed, there are rumors that Katie Holmes left him because he was preparing to dispatch their daughter to a hardcore Scientology indoctrination camp.

Scientology doesn’t bother me. I once paid a visit to the Scientology center on Hollywood Boulevard and had myself hooked up to an e-meter, which was supposed to read my emotions. The nice lady asked me to think about something stressful and the dial moved. “See! It’s true!” she said. I wasn’t convinced. But, I ask you, do Scientologists throw acid in girl’s faces, or burn down schools? Are they wrecking the relics of Timbuktu? No, so live and let live is what I say.

But what about all that jumping on the couch business? Ah, but that only made me like Tom Cruise more. There he was, a man in his mid-40s, jumping on a couch on TV. He reminded me of Alyosha Karamazov, about whom Dostoevsky wrote: “He had gone beyond the fear of appearing ridiculous.”
In fact, Tom Cruise started out that way, dancing in his underwear in Risky Business. And perhaps this is what I really admire about Tom Cruise: that he jumps on couches, dances in his underwear, and believes in aliens. He is what he is, and he has no fear that you will consider him strange for that.

And so I say, Viva Tom Cruise! Although Eyes Wide Shut really was a lot of rubbish. 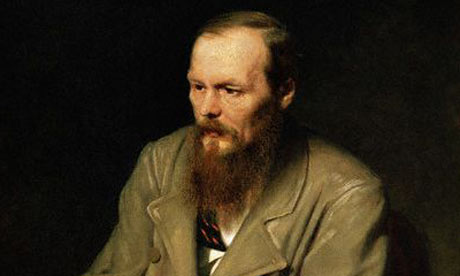